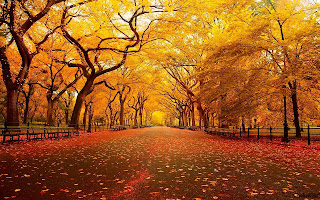 The American tree has shed its democratic leaves.

With the election of Donald Trump, the republic has taken a step towards fascism. As a charismatic demagogue prepares to place himself at the locus of power, only one question remains: What do we do now?

Though the prospect of a Trump presidency is utterly terrifying, we cannot be paralyzed by fear. If we wish to curtail Trump’s power, the demos must organize themselves and act as American democracy’s bulwark against Donald Trump.

There is no time to wait—the destruction of America is imminent. With Trump’s transition in full swing, the time to resist is now. As Donald Trump continues to fill the West Wing with white supremacists, it is imperative that we coalesce into a robust social movement capable of stopping the inevitable excesses of Trump’s tenure as POTUS. Without a strong counterbalance to Trump’s fascist tendencies, there will be no check on his power, leaving him free to enact his brutal policies with little pushback.

In fighting against Trump, the body politic cannot rely on beltway pundits or Democratic party operatives to do the tough work of fighting Donald Trump. It cannot expect the feckless GOP to stand up to their grotesque leader. Only a popular movement can muster up a strong resistance to Trump’s despotic rule.

Dan O’ Sullivan emphasized the importance of organization and mobilization in his most recent masterpiece, “Vengeance Is Mine”

There can be no dealing with this man. Bernie has lain down a gauntlet Trump cannot meet. Now, every day, and in every way, it is time to say “go fuck yourself” to Trump and his ilk, until the weapons capable of destroying him can be perfected. Trump is, for all his monstrosity, just a symptom; as daunting as the challenge of frustrating Trump and the GOP’s agenda at every turn will be, of even graver importance will be constructing an alternative vision capable of contending with the crisis of American life. The protests that have rocked America in the wake of the election — right out the gate, no quarter given — are a promising and heartening start…It is time to organize and prepare a politics that matters. It is time to confront and defeat Trump and those like him, not pay him soft homage. No more ceding the ground of what’s important to these snakes; we can’t anyway, our very lives depend upon it. Besides, we have a better way.

O’Sullivan’s call to action not only defines the challenge we face, but also lays out a plan to overcome that challenge. Indeed, simply removing an orange-skinned dictator from the Oval Office is not a sufficient response to the election of Donald Trump. Any movement that wishes to stop Trump must also destroy the vile racist program the Right has developed over the past half-century. When National Review writes an editorial supporting the nomination of Jeff Sesssions, an unabashed racist, as Attorney General, the bigotry of conservative America becomes abundantly clear.

And, to O’Sullivan and I, that’s why mass mobilization is the only answer to the white nationalism of Trump and the GOP.

No single politician or activist can do it on their own. Neither Elizabeth Warren nor Bernie Sanders has the ability to take down a whole ideological movement. Only a strong resistance from the masses offers any hope of stopping America’s precipitous fall into fascism.
Posted by Unknown at 10:17 PM 4 comments:

The “deplorables” despise the Democrats.

A central cause of Sec. Clinton’s shocking defeat to Donald Trump, Clinton’s history of touting neoliberal economic policy precluded her from making inroads in the white working class (WWC). If the Democrats wish to win back the presidency from Trump and the GOP, they must abandon their stale centrism and elect Rep. Keith Ellison—a true progressive—as DNC chairman. By electing Keith Ellison as chairman of the DNC, the Democratic Party can build a coalition of black, Latino and white workers that will help elect Democrats at all levels of government.

Suspicious of Clinton’s rapport with Wall Street, members of the WWC, many of whom voted for Barack Obama in 2012, voted for Trump’s ethno-nationalist program. In the Democratic strongholds of Wisconsin, Michigan and Pennsylvania, white laborers rejected Clinton’s moderate economic plan, opting for Trump’s criticism of the “elite” class and his contempt for free trade.

In order to wrest power from the hands of Trump and the GOP, it is imperative that the Democrats steal some of the WWC vote. Only by acknowledging their long-held grievances will the Democratic party be able to appeal to this demographic and take back the Rust Belt.

While many of these WWC voters may be racist philistines, there is assuredly a significant portion of them who could have been swayed not to vote for Trump. Indeed, just because some downscale whites voted for Trump, it does not automatically qualify half of them as “irredeemable.” Instead of haranguing the WWC, the Democratic party needed to convince them to join a Leftist platform that addressed their economic anxiety. It behooves the party to pivot towards a progressivism that does not simply call struggling whites racist but tries to bring them into a broad, inclusive coalition.

Phone banking laborers in Ohio for Sanders’ presidential campaign, I know first-hand how much a message of economic security for all people (black, Latino, Asian, white) can resonate with the WWC.

As polls during the primary hinted at, a Sanders-style is the most effective way to combat the racist populism of Donald Trump. With a progressive economic message, Senator Bernie Sanders started a dialogue with struggling whites that made him incredibly popular within the WWC. This popularity was borne out by the variety of head-to-head polls showing Sanders doing much better than Clinton in a general election with Trump.

The Democrats need to embrace Sanders and his political vision, starting with a change in party leadership.

That is why the Democratic party should make Rep. Keith Ellison the chairman of the DNC. A black Muslim and a true fighter for racial and economic justice, Ellison, a Sanders surrogate during the primaries, is the perfect person to shape the new Democratic vision. It is so vital that Ellison becomes head of the DNC because, in that capacity, he would be able to dictate Democratic policy, purge special interests from the party and allocate funds to important grassroots organizations.

Furthermore, Ellison repudiates the notion that the Democrats cannot appeal to the WWC without compromising their commitment to racial and gender equality. As a Minnesota representative, Keith Ellison, like Bernie Sanders, showed America that politicians are not compelled to use racist appeals when trying to capture the WWC vote.

In short, Ellison’s staunch support for economic and racial equity, along with his sympathy for the WWC, makes him the ideal politician to lead the party’s transition from being a party of elites to a tribune of everyday Americans.

The Democrats cannot afford to choose another establishment stalwart, like Debbie Wasserman Schultz, who sabotaged Sanders’ campaign, or Donna Brazile, to steer the metaphorical ship. The party must shake things up and elect Keith Ellison, a progressive caucus member who can change the core philosophy of the Democratic Party and help them win the WWC vote.

Whatever upsides there are to Howard Dean being the DNC chairman, they are outweighed by his commitment to the current Democratic leadership. Despite his progressive persona during the 04’ primaries, Dean, a big pharma lobbyist, exists as an establishment figure who will only perpetuate the status quo and alienate struggling whites. If party officials elect Dean, it would send a strong signal that Democrats have failed to learn the lessons of this election.

Instead of a party that pays lip-service to “diversity” while, at the same time, providing favorable economic conditions to economic elites on Wall Street and in Silicon Valley, the Democrats should be a group that fights for all of the working class—black, Latino and white.

The Democrats must respond to the allure of Trump’s ethno-nationalism with a progressive, not a centrist, platform. With Keith Ellison spearheading a leftist movement, the Democrats will stem the tide of neo-fascism and bring the WWC into the party with a message of egalitarianism.
Posted by Unknown at 11:54 PM 4 comments:

If you’re not focusing on class as your primary thing, then I can’t see how you can build an anti-racist program or anti-sexist program, unless it just means purely yelling at people and changing consciousness. – Bhaskar Sunkara, Founding Editor at Jacobin Magazine